To support its Pro customers in relaunching their post-Covid business, AXA has set up, with the help of Dékuple, a local operation based on vouchers given to the insurer’s individual customers.

During the first confinement, AXA had supported its “Pro” customers who, at the height of the crisis, had engaged in solidarity actions, some by producing masks, others hydroalcoholic gel. As part of this operation, the insurer had given a check for up to 50,000 euros to around a hundred corporate clients. “It is in this spirit, consisting in acting in line with current events and current needs, that we wanted to carry out a new action in mid-2020, but this time to support the relaunch of post-Covid activity”, explains Damien de Ponthaud, P&C Marketing Director for Professionals and Companies at AXA. “Like many companies at the time, our Pro customers were experiencing difficulties. We had to play a role with them as we do daily in the context of our insurance business”, adds Damien de Ponthaud who was therefore thinking at the time of “a local operation, united, simple to implement and above all very practical in helping local businesses, while involving our entire network of general agents”.

“It is in this spirit, consisting in acting in line with current events and current needs, that we wanted to carry out a new action in mid-2020, but this time to support the relaunch of post-Covid activity.”
Damien de Ponthaud

Agence Dékuple has the idea of ​​offering direct, unconditional financial assistance with the particularity of involving both AXA’s Pro customers (craftsmen and traders) and its individual customers. The operation is based on gift vouchers offered by AXA agents to their individual customers to be redeemed locally at their Pro customers. A clever way to position yourself as a player in the recovery of the local economy, to retain and strengthen customer confidence in the brand and finally to have a tool allowing the commitment of agents locally. “Dékuple proposed to baptize the campaign ReBons, a name perfectly suited to the operation which aims to participate in the revitalization of local activity”, underlines Damien de Ponthaud. Each agent had to select 3 to 10 Pro customers, in priority those most affected by the crisis, to participate in the operation. The idea is to bring them additional revenue by sending them new customers. The agent then distributed the 100 to 230 vouchers he had available to his private customers, with the possibility of giving up to 3 for the best of them. “The amount of the vouchers has been set at 20 euros, which is starting to be significant and above all which makes it easy to spend in all types of local shops”, specifies the marketing director of AXA. The vouchers, valid for one year and distributed between December 2020 and January 2021, were personalized in the name of each agency with, on the back, the list of selected businesses. “They were voluntarily edited on paper in order to be delivered from hand to hand. A way to generate conviviality and reconnect after the periods of confinement that we have experienced. » A ReBons kit was sent to agents, including a sheet to present the operation to Pro customers in order to obtain their agreement and, in this case, their bank details so that they can be credited with the vouchers used at home. . In addition, an announcement was published in three titles of the national press but also in Le Parisien-Aujourd’hui in France: “There is not just one way of showing solidarity, there are 200,000”. , in reference to the number of vouchers distributed as part of the campaign. “But the most notable thing is undoubtedly the mobilization of the agents themselves, who actively publicized the operation in their city and via social networks”, notes Damien de Ponthaud, “the locals perfectly took over from the nationals who had given a simple and clear framework. This framework relied on the expertise of Dékuple, which notably set up a secure ad hoc platform on which agents were able to register for the operation, register their participating merchants and record the vouchers spent for perfect traceability. payments to merchants managed by Dékuple.

“Dékuple proposed to baptize the campaign ReBons, a name perfectly suited to the operation which aims to participate in the revitalization of local activity.”
Damien de Ponthaud

“The operation was a great success: 96% of agents and 95% of Pro customers said they were satisfied with the campaign,” says AXA’s marketing director. More than 1,400 agencies took part in the operation. A total of 222,000 vouchers were distributed to some 200,000 customers for a total value of 4.4 million euros. ReBons has thus made it possible to support more than 10,000 businesses throughout France. “We renewed the operation in June 2022 but this time for our 500 “Promium” agencies, specializing in Pro customers. This will concern 4,000 local shops,” concludes Damien de Ponthaud. 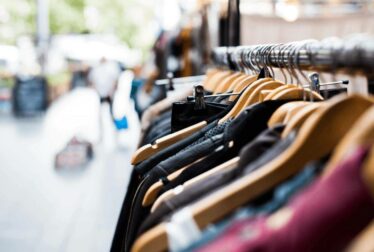 Second hand: a major consumer trend and an opportunity for brands